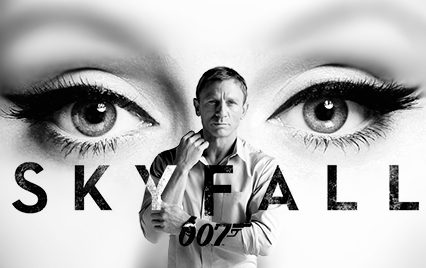 WHAT CAN A BRAND MANAGER LEARN FROM THE MAKERS OF JAMES BOND?

In 1962, Sean Connery appeared on the screen as Agent 007 for the first time. By 2014, Bond has been played on-screen by such excellent actors as Sean Connery, Pierce Brosnan, Daniel Craig and many others.

Although the leading directors and even the men behind the main character have changed several times over the decades, not once did a film leave the audience wondering whether they were watching James Bond or an installment of Mission Impossible. In spite of repeated substitutions of the visible elements – the cast, the set, the production team – throughout the last 56 years, when watching 007, James Bond’s identity has always been recognisable.

Today as much as in decades past, Bond is a brand anchored in our subconscious. So much that it doesn’t matter to the audience if components such as the main character are replaced – the movie remains recognisable. In light of how difficult it often is for brands when testimonials retire, James Bond is much more than just another movie; it’s a state-of-the-art standard worth a closer look for anyone interested in creating brand identities and marketing.

So what makes James Bond different? What is it that has kept people glued to the screen for more than five decades without concern over whether a certain James Bond, whether Connery or Brosnan,  is still James Bond?

We believe that it’s the consistent communication system that captures our attention. There are elements in Bond movies that have been used persistently over time; the gun barrel sequence, Bond’s elegant suit and most importantly, the music that has been reinterpreted by icons such as Tina Turner, Nancy Sinatra, Lulu and Adele. All of these great artists have lent their vibe and charisma to the 007 brand without making the brand’s image appear fussy or inconsistent.

In marketing, as in the movie business, there are brands that employ the same kind of assets as the 007 movies do: they have built a framework, used repetitive elements and created a structure that is timeless, all while leaving a substantial creative space to fill with modern content.

Brands that are built to succeed for decades – brands that are built to last – have created an ageless framework that reflects their values while leaving enough space to react to current trends. Take, for example, the impact that Coca Cola has achieved. What distinguishes brands with a long-term vision is that they represent themselves with a persistent consistency: they have defined their message (happiness and sharing in the case of Coca Cola) and their look and feel (the shape of the bottle); they are consistent in their use of typography (Coke’s logo), their colour scheme (red and white) and their use of sound (the sound assets based on Coke’s music motive). Brands with heritage, unlike brands that will go out of fashion or are already struggling to keep up with rapidly-changing trends, are able to innovate while staying true to their brand identity.

To give a more practical example, consider the approach to music in the James Bond movies. Madonna, Tina Turner, Adele and many others have granted their voices to 007. Every song throughout the decades is a recognisable James Bond song that fits the brand. At the same time, each of these songs is far more than just another movie soundtrack. Why else would Adele have created a music video to go along with her contribution to the “Skyfall” franchise? These songs are mutually beneficial and help both sides to strategically build their brands.

Solid brands don’t just launch new products to meet the requirements of the changing market. First-class brand managers thus see their role as more than deciding how to spend big budgets or keeping up with the latest trends. They don’t want to simply do what everyone else is doing; rather, they consider it their responsibility to define a solid structure with the right timeless elements while filling the creative space with new concepts. They look for the right type of people to collaborate with, whose current work and image is beneficial to how they want their brand to be perceived.

Brand managers responsible for the marketing of timeless products don’t just jump on the next bandwagon. They apply a framework – recognisable elements – to strategically build a brand for a successful present, and even more importantly, for a successful future. Timeless brands adhere to a higher vision; they have built a system with strategic gaps to be filled in with creative content that caters to all senses.

To return to the example of James Bond’s music; while the style, artists and zeitgeist are all different, the sounds can always be recognised as James Bond songs. When you hear the music, you know what brand you’re reminded of. You don’t even worry who the face of the movie is; in the end, you register the feeling the brand has reminded you of. The makers of James Bond have mastered the recognisability of their brand for more than five decades. Now, how do people recall your brand?